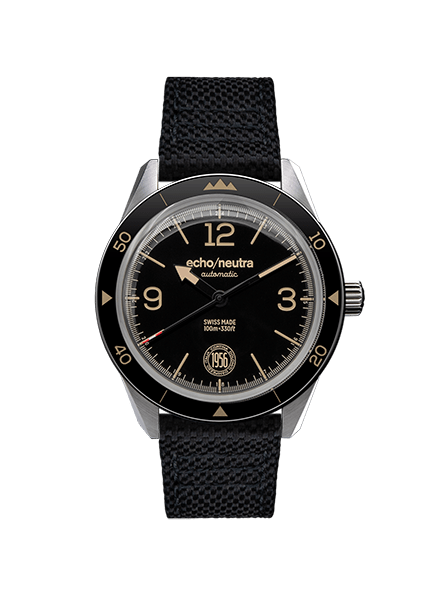 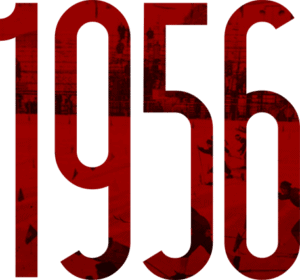 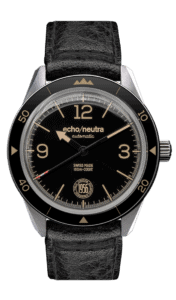 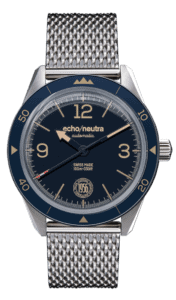 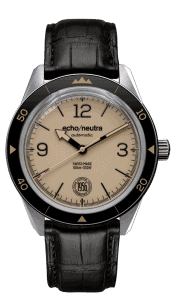 SWISS MADE, DESIGNED IN ITALY

The new collection from echo/neutra that celebrates the Winter Olympic Games held in Cortina d’Ampezzo in 1956.
A vintage-style timepiece inspired by the 50’s sport watches: the contrast between the matte and the polished faces of the case,
the ceramic fixed bezel and the Old Radium lume on the dial and the hands are some of the aspects
that define the unique design of the watch. 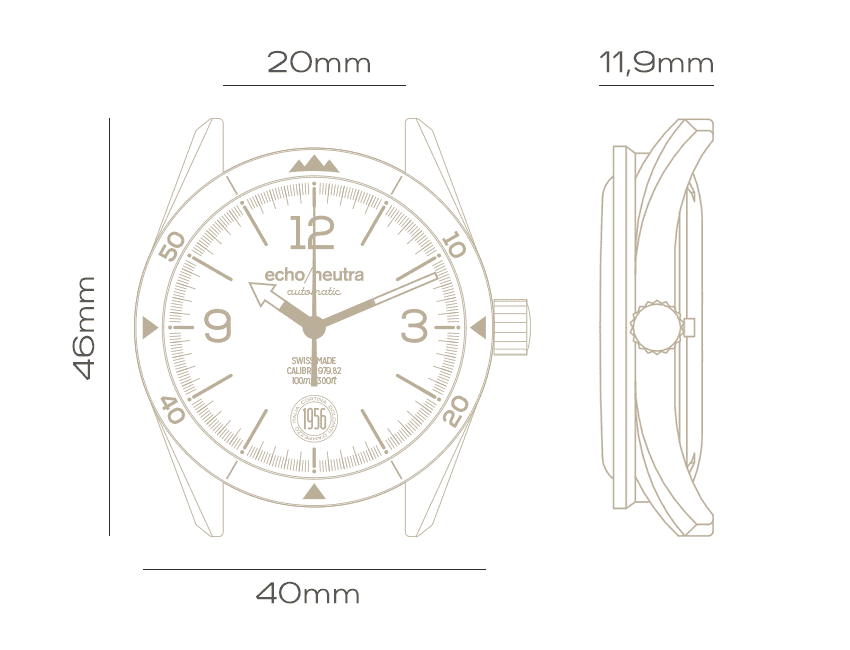 Made of 316L Stainless Steel to offer the maximum resistance to corrosion,

it has been crafted with an exceptional quality.
The contrast between polished and brushed faces gives to the watch a unique appeal on the wrist.

You could choose between two different crystals for your new Cortina 1956:

a box shaped K1 mineral glass  or a box shaped Sapphire crystal,  both with double AR coating inside.

Sapphire is one of the hardest materials on Earth.

It measures 9 on the Mohs scale (Diamond, which has the highest rating, measures 10). The Sapphire crystal is considered unscratchable. 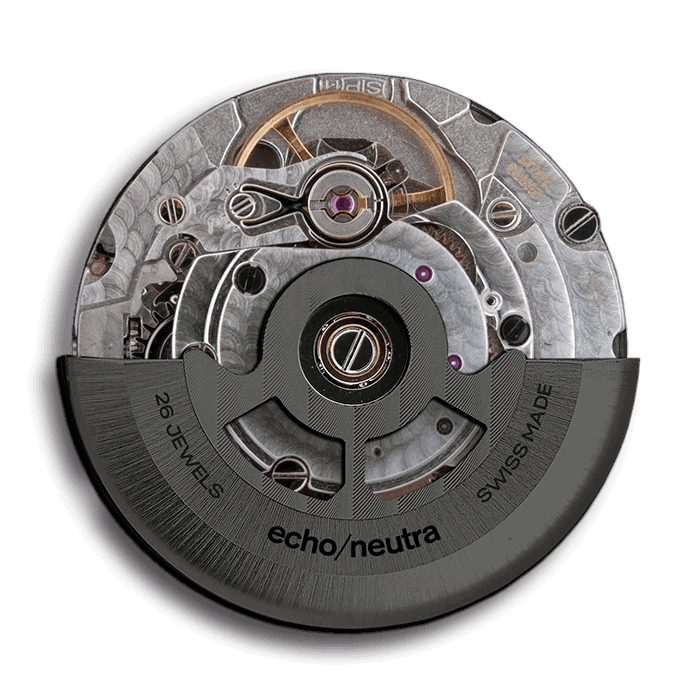 The Cortina 1956 is equipped with the Swiss caliber STP1-11
customized to our specifications.
An automatic movement designed and manufactured in Switzerland.

has a pure vintage style with its glossy finishing

that contrasts with the matte sub-dials.
At 6 position the red 1956 logo give to all the dial
a sporty yet elegant appeal. 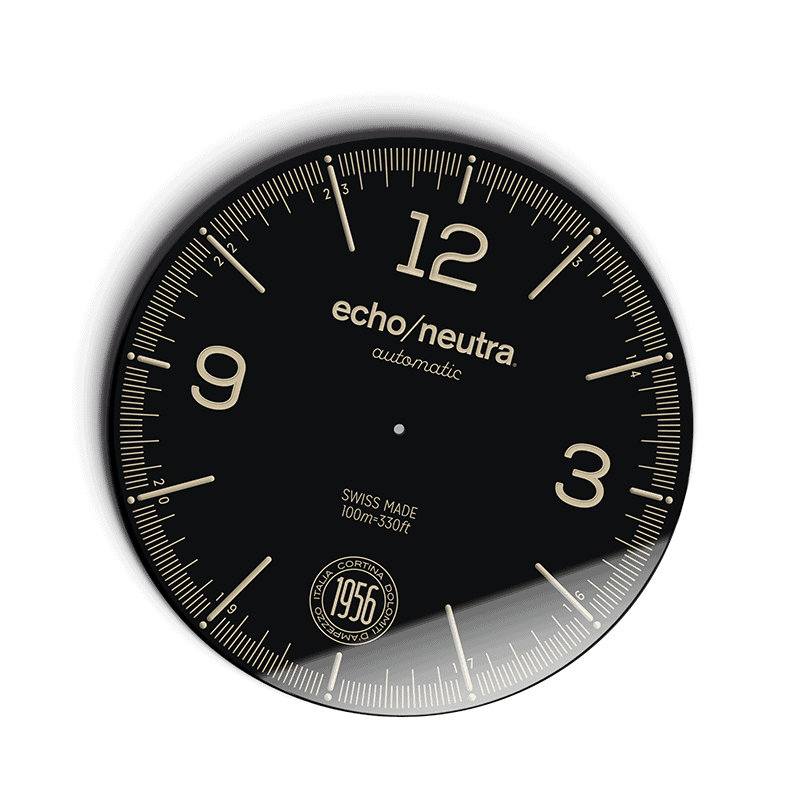 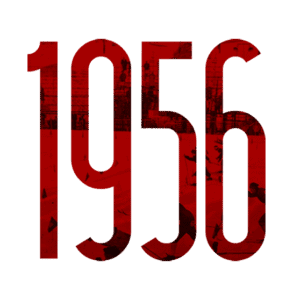 From 26 January to 5 February 1956
in Cortina d’Ampezzo, Italy, took place
the VII Olympic Winter Games which were the first Olympic event to be organized in Italy.

competed in the four sports and twenty-four events.

The Cortina Olympics were the first

Cortina is scheduled to co-host

the 2026 Winter Olympics with Milan,

The Cortina 1956 collection
comes in an high quality wooden box
with black matte finish to protect
and preserve your timepiece. 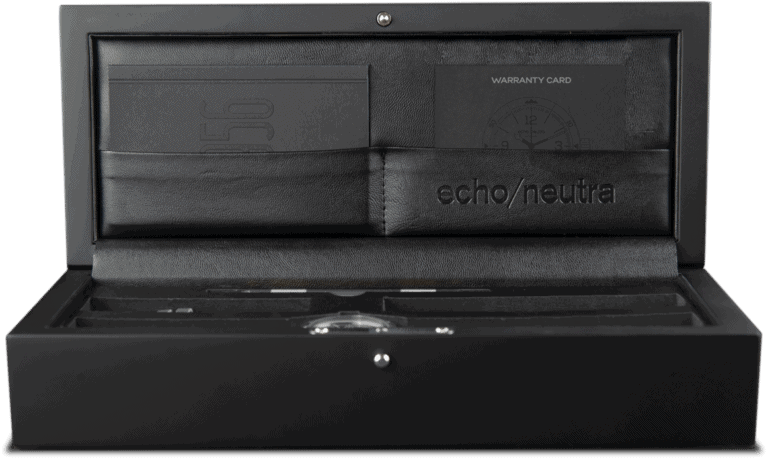 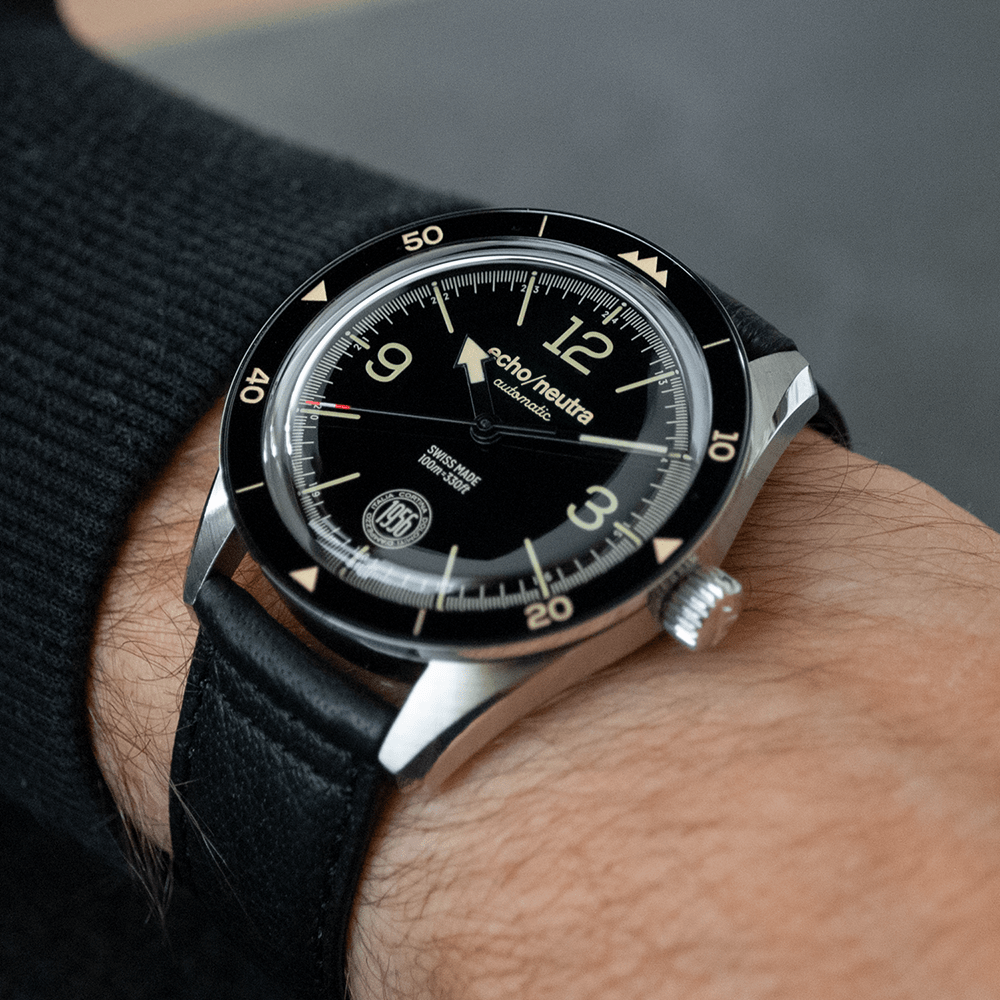 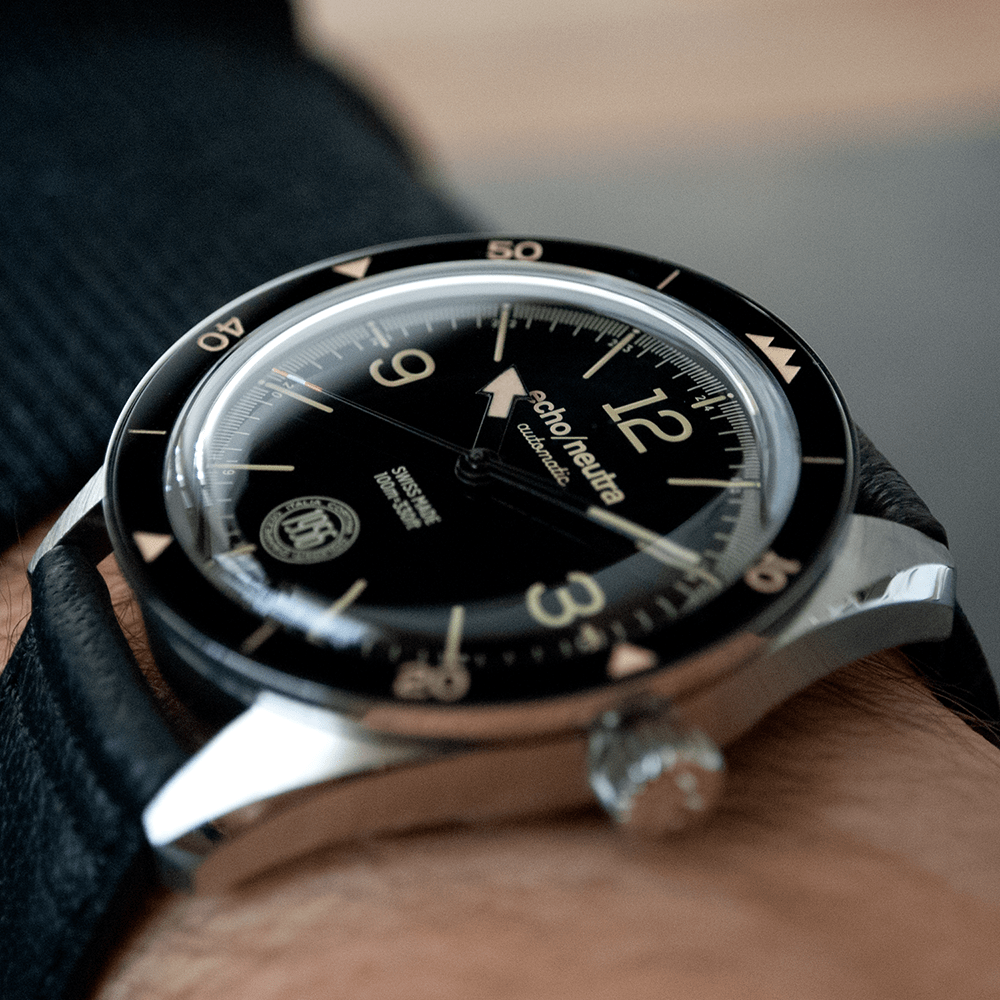 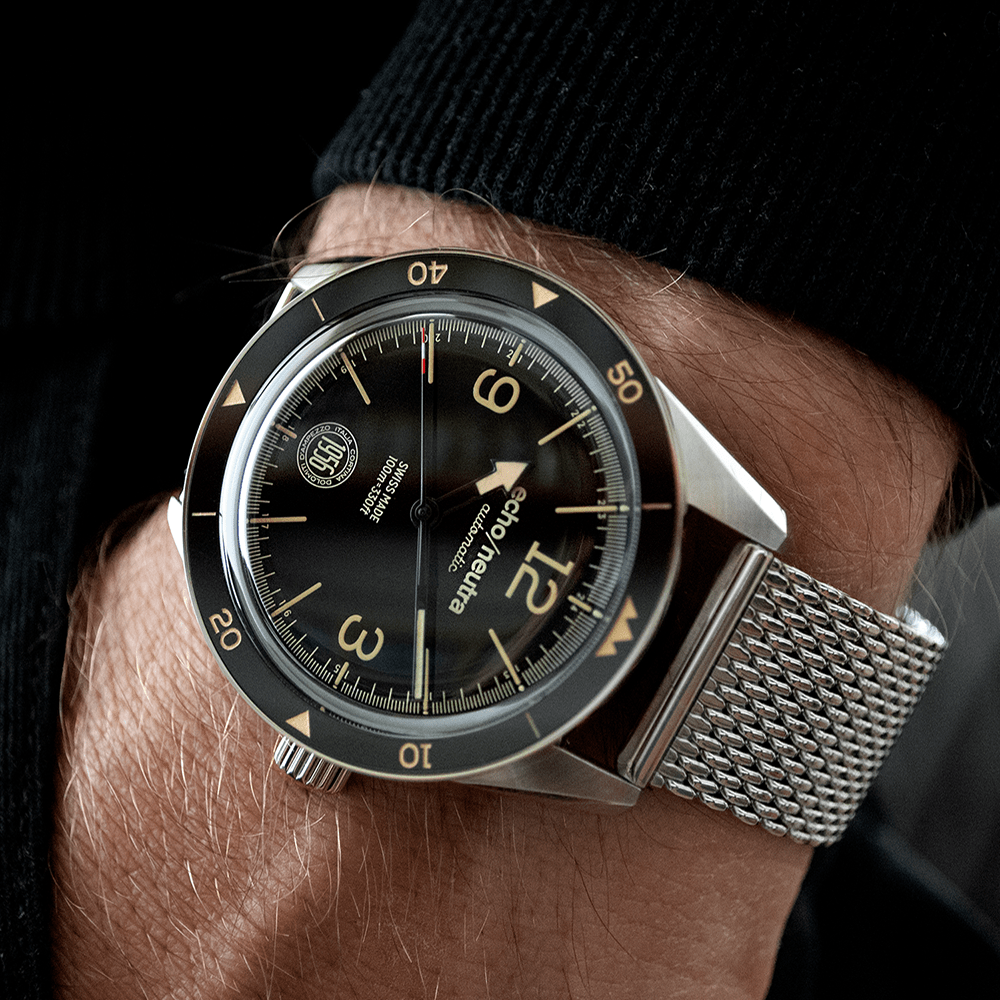 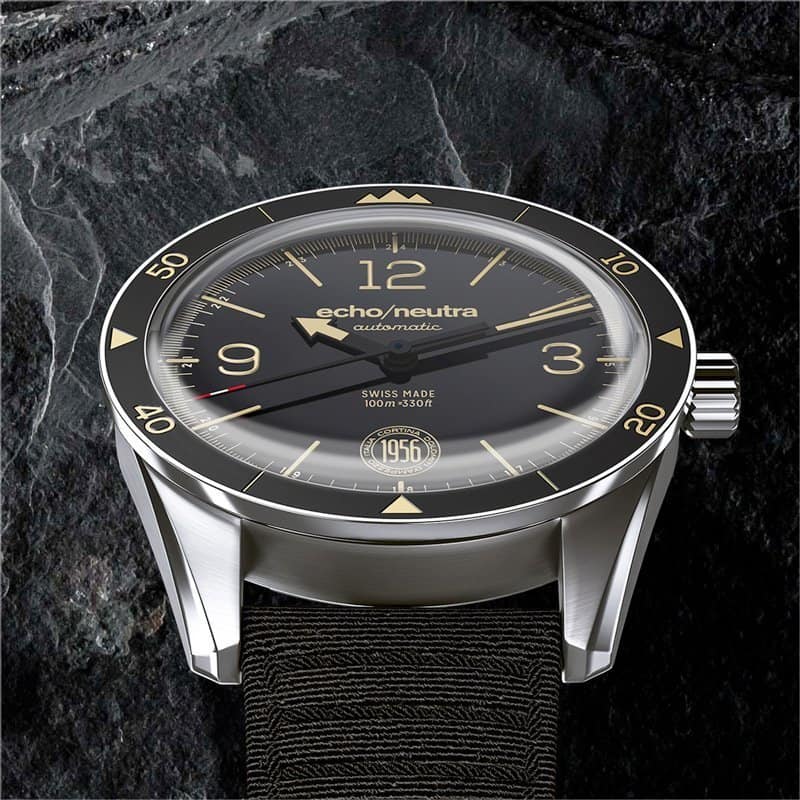 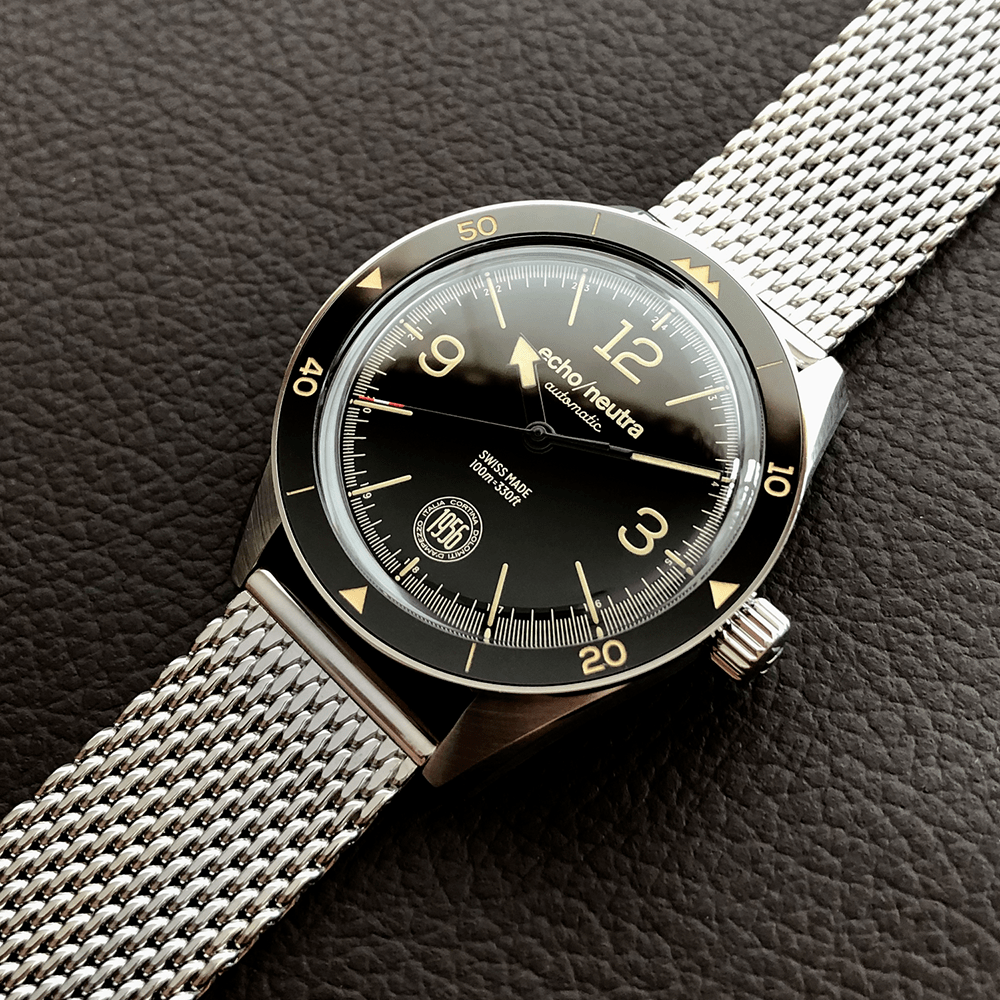 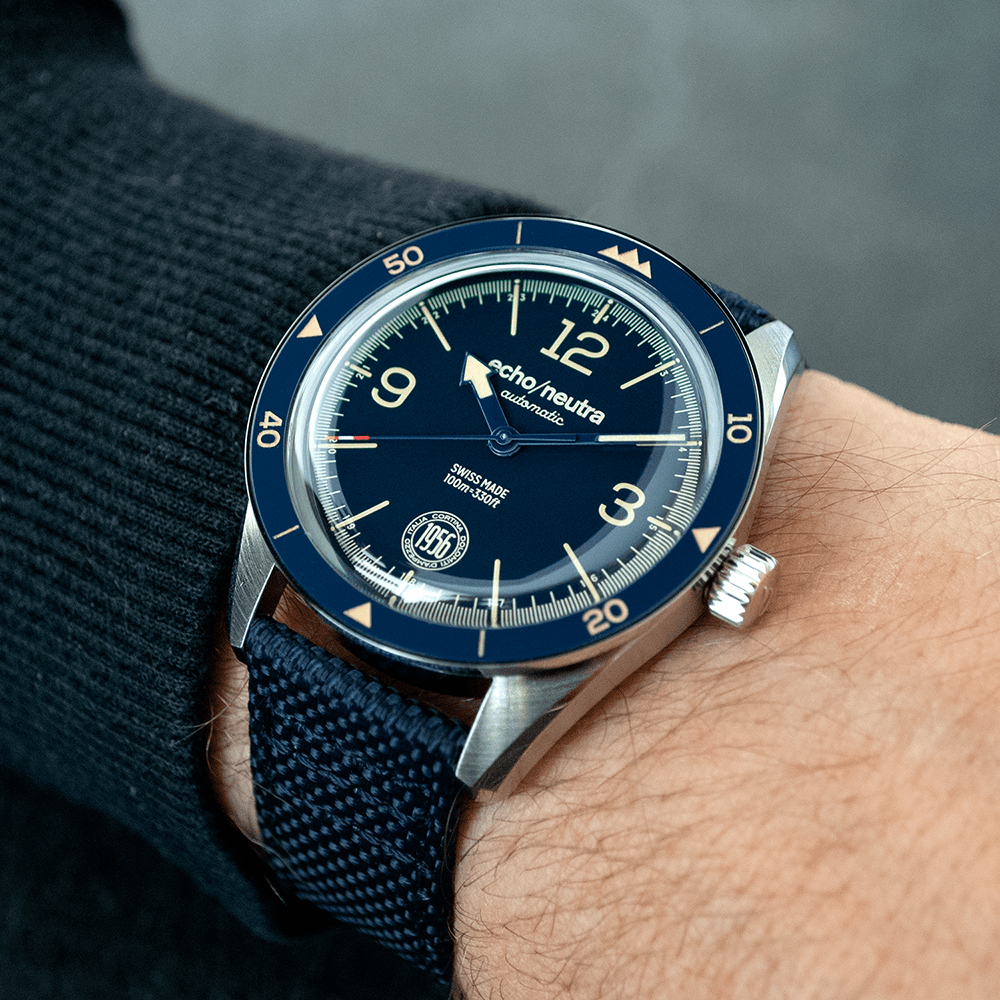 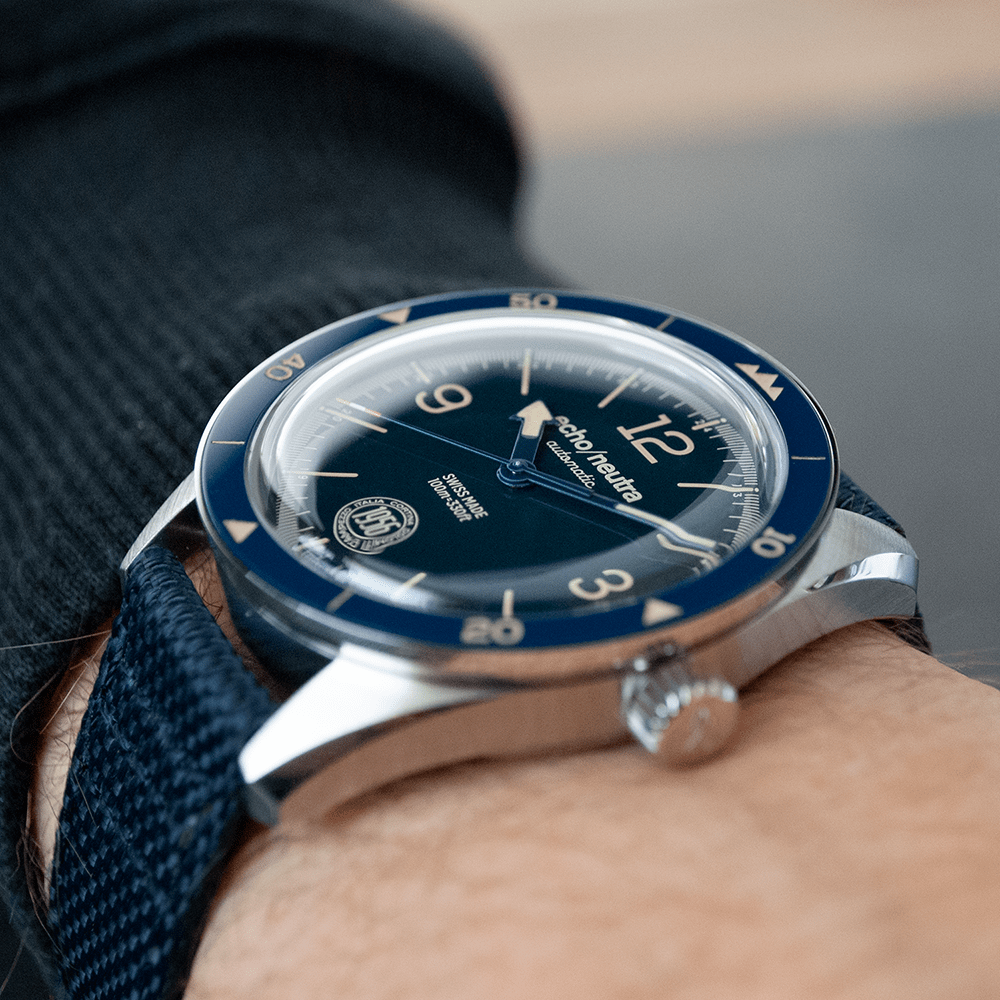 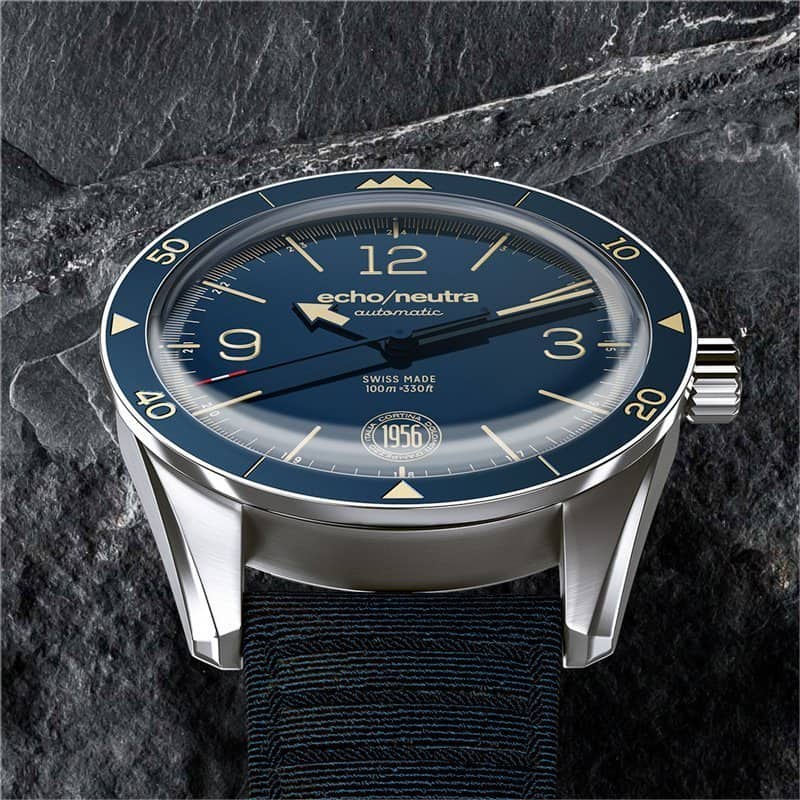 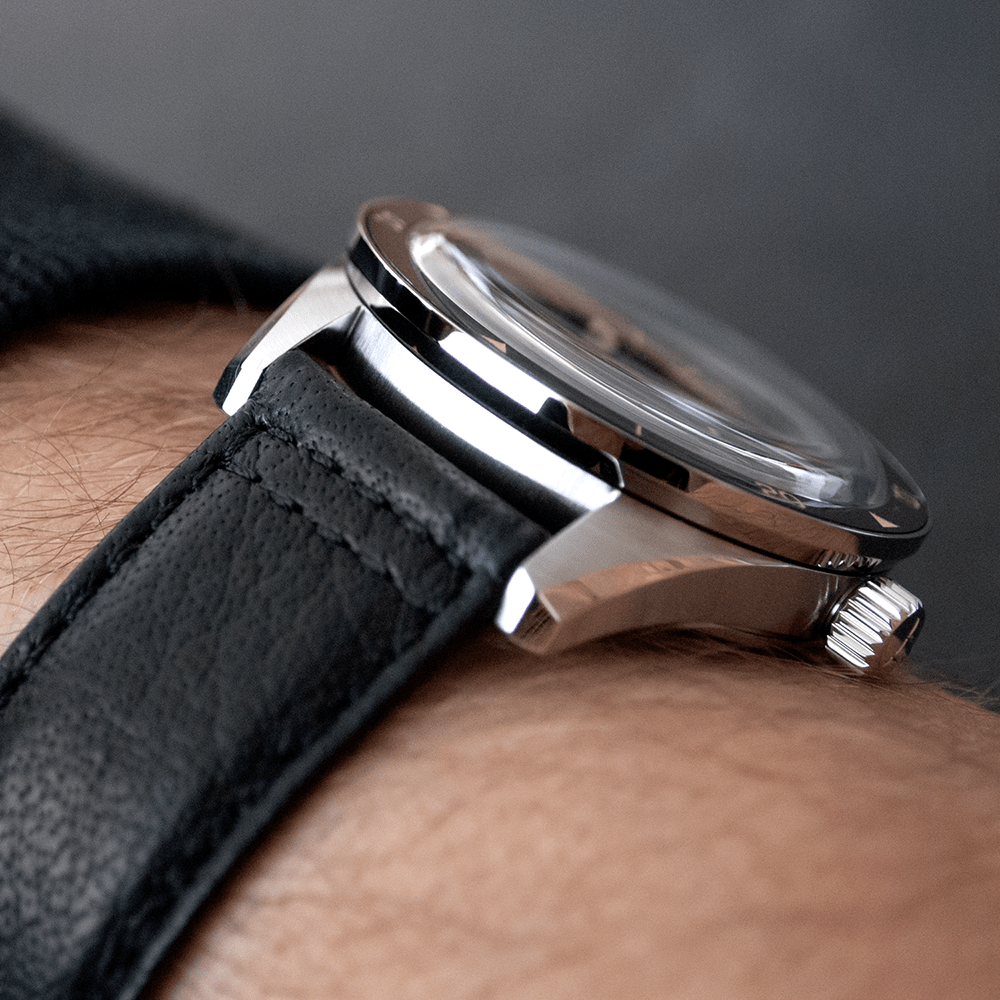 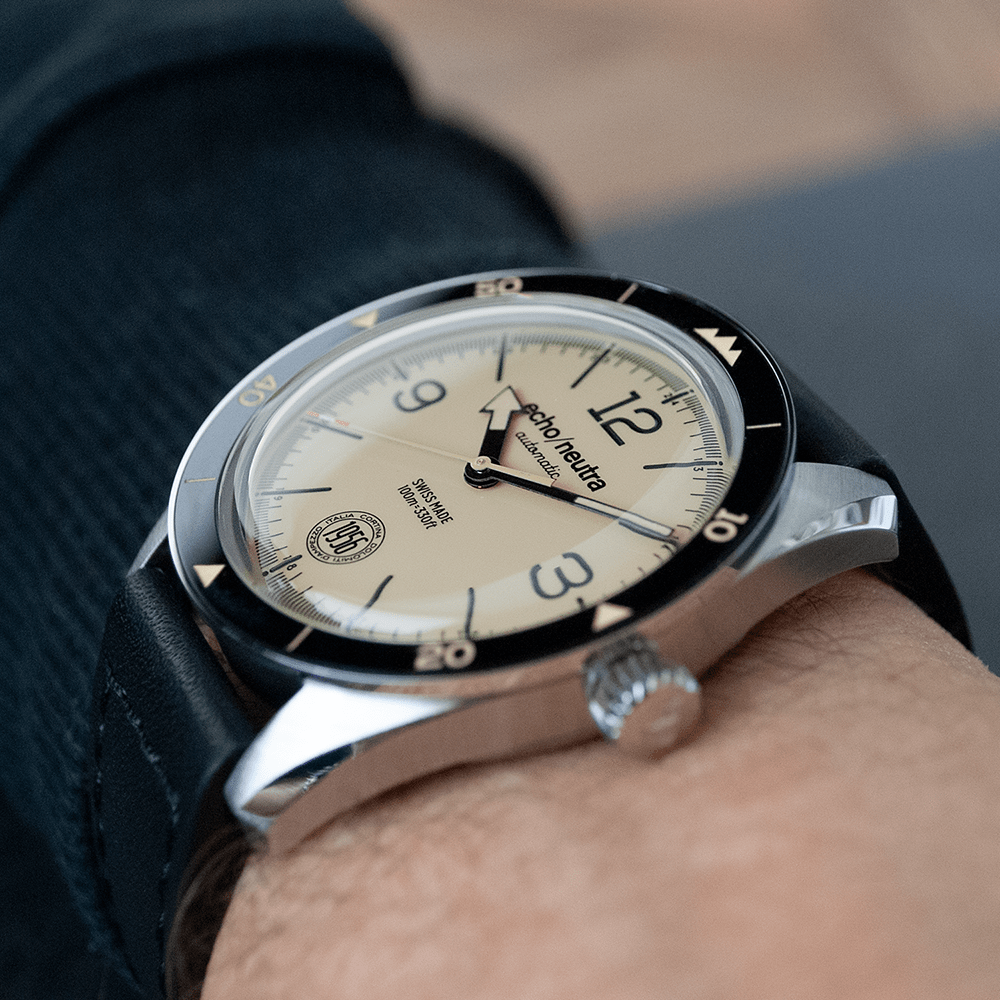 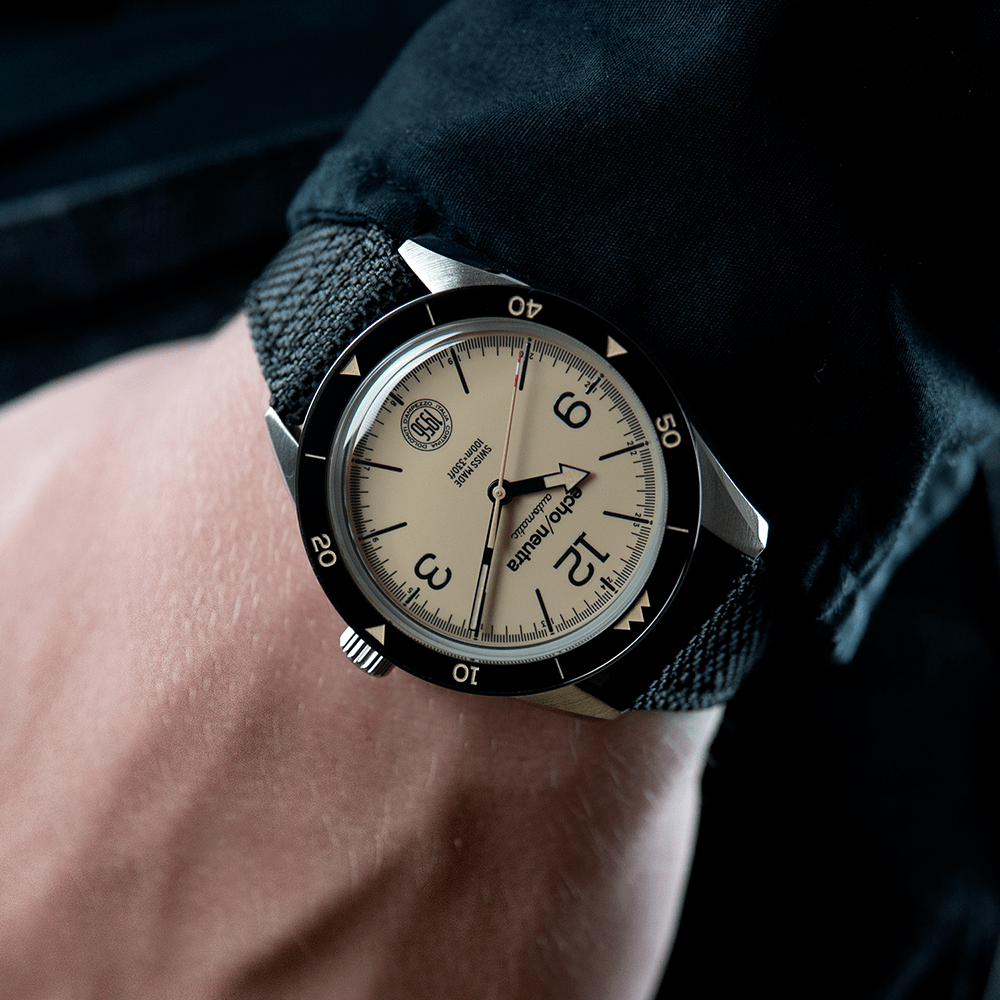 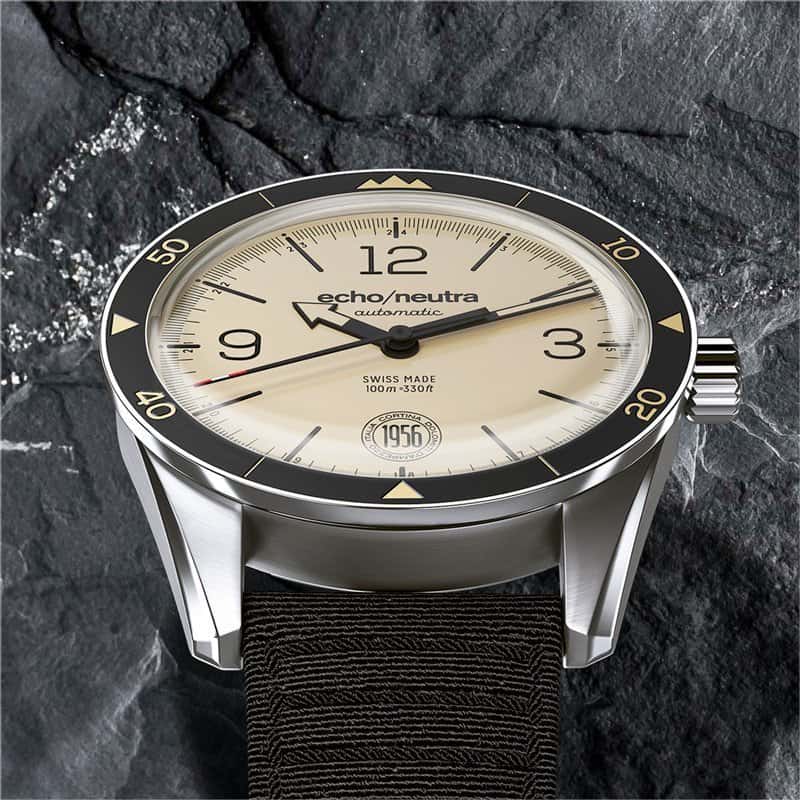